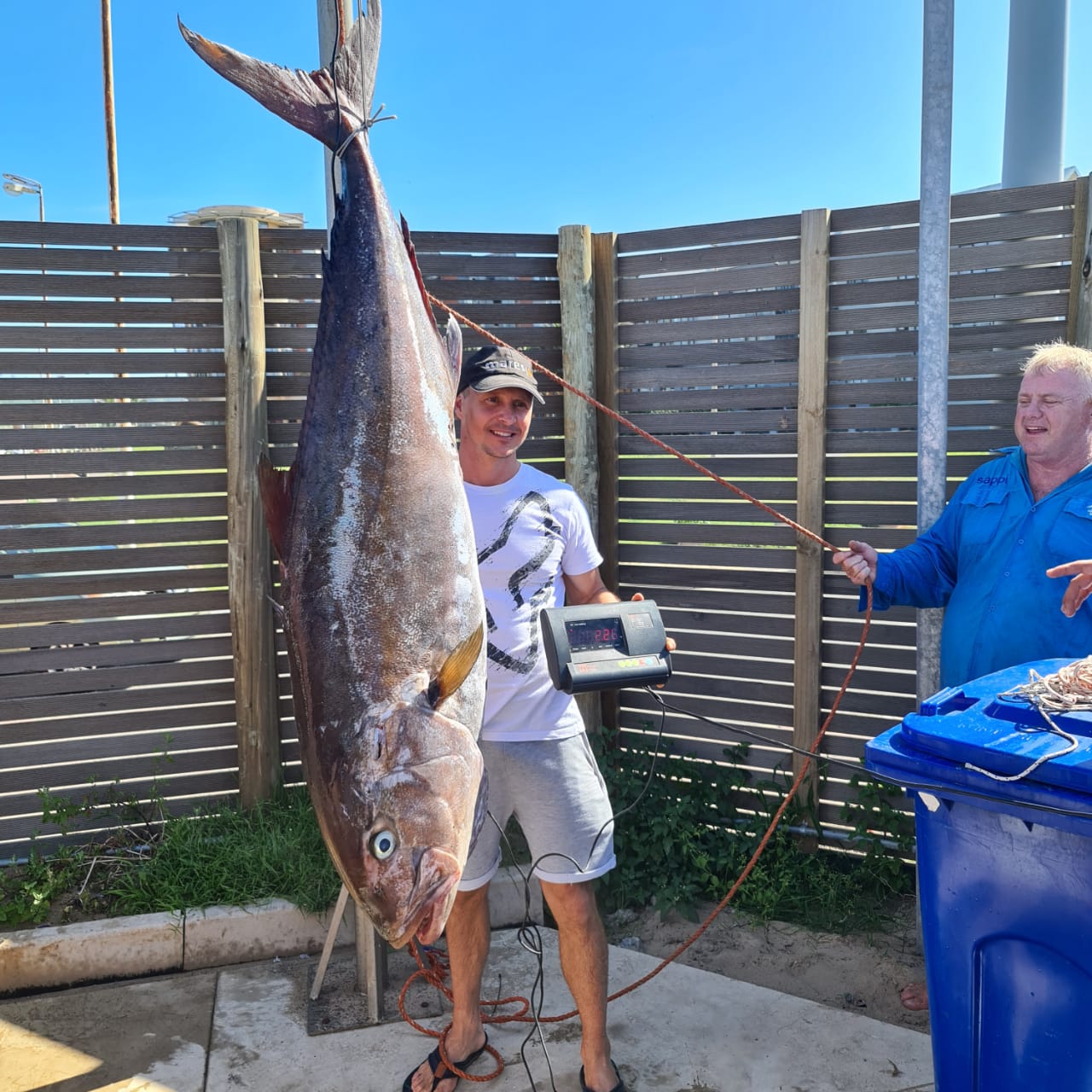 “Bang on time the weekend dive report came out on video on YouTube on Friday, and today on the Master Watermen. Next week we will do it all same time! Shot Bear, for the great work man! – Xona”

Hi and welcome to The Bears weekend dive report brought to you by thesardine.co.za an
masterwatermen.co.za.

Well peeps it’s been a great week for the lucky few that managed to find decent viz and those that
braved the large surf that was cooking up and down the coast. Mackies were around in numbers
with more Snoek than you could shake a stringer at and some decent Couta around as well all mostly
just above shoal size with no Crocs being shot and landed. Some were sited though but goggles tend
to make things bigger in the water right? Ha ha ha ha…

That is the good news…the bad news is that late Wednesday night through to Thursday morning the
heavens opened up properly and killed the decent viz that had just pulled in up and down the coast!
Every river (read streamlet drain etc etc) spewed chocolate into the blue which is now been turned
into BLEEN (brown green that was blue)!

Onto the feeshies from the week we have Arno with a decent 18kg Couta shot up North, Connie
Hallowell with his 1 st Couta up North, Henry with a lovely brace of Rock salmon, Liam Mullaney with
a special Speckled snapper North, Master Dane Salmon with a bus Tomato rockod of 4.5Kg gutted
on a boatdive South, Matthew Bothma with his 1 st Snoek shorediving North, Morne with a lovely 7kg
Snoek shorediving Durban, Ruan Potgieter with his 1 st Rock salmon shoredive North, Troy Ellof with a
size Harry hotlips 7.3Kd shoredive Durban and last but not Least Master Jaco Blignaut with a new SA
record Amberjack of 52.4kg shot boatdiving South at 45m. You can read more about this insane
Amberjack in the news article here https://masterwatermen.co.za/2021/02/23/new-south-african-
spearfishing-record-greater-amberjack-52-4kg/

Right let’s see what the weather gods have in store for us this weekend…hmmm Durban and North
coast are looking great with a light offshore Saturday morning switching to light onshore in the arvo
and South pretty much the same just will be puffin slightly more in the arvo. Saturday swell is zip
Durban and North coast Picking up slightly in the arvo and 1.3 m further down South to 1.8m in the
arvo. Sunday is pretty much a copy of Saturdays weather just slightly more onshore wind in the arvo
and the surf starting off bigger in the South and mellowing later as the onshore flattens it out.
So it’s definitely a dive weekend especially if you have a boat (or a mate with one)!

Oh and do not forget to renew your East coast rock lobster permit …Monday the season opens again!
As always Dive Safe and Straight Spears from the Bear…

The Master Watermen website and YouTube Channel love to feature stories from you. If you have a story, video or some pics, please consider sending it in to The Bear for consideration. He is on n3ptun3dc@gmail.com anytime!

SEO by The Sardine News for the Master Watermen. Site and hosting by TLC for your Business.